It was an auspicious occasion for the 2016-17 SAGSE exchange students who reunited at their Memories of Germany evening on March 5th. The students presented photos and told many funny anecdotes about their recent stay in Germany. As a group, they spoke in turns of living with a host family, food differences, celebrating Weihnachten and Silvesterabend in the German winter, the peculiarities of the German language, the many Weihnachtsmärkte they visited and the wide variety of cultural experiences they enjoyed.

A highly memorable part of the exchange was the group bus trip from Darmstadt through Nürnberg, Salzburg, München and Rothenberg ob der Tauber. Some highlights were visiting a salt mine, Neuschwanstein, Dachau and the nightwatchman tour in Rothenberg,  plus the many medieval, scenic  towns and cities along the way.

The students had already hosted their host brothers and host sisters in July/August 2016, so getting to know their host families took very little time.   Some students were lucky to be taken by their host families to Berlin, Paris or other cities or even to Austria for skiing/snowboarding.  They all had an amazing time, all the while improving their German language skills and their knowledge of the culture.

At the end of the presentations, the Honorary German Consul, Prof. Michael  Rosemann, spoke to the students, inspiring them to continue their language studies and outlining the benefits of learning German. He then presented the students with certificates and the evening concluded with supper and a chat. The students told us how they are planning to return to Germany either this year or next to follow up on their experience of a lifetime! 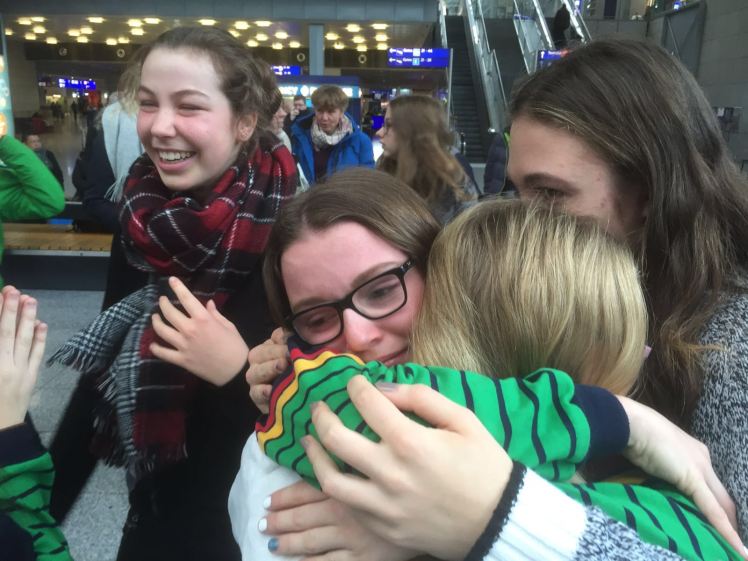 The SAGSE committee is in the process of organising this year’s SAGSE group to host German students mid-year and to send our Queensland students to Germany at the end of November.

You may wish to reply Cancel reply